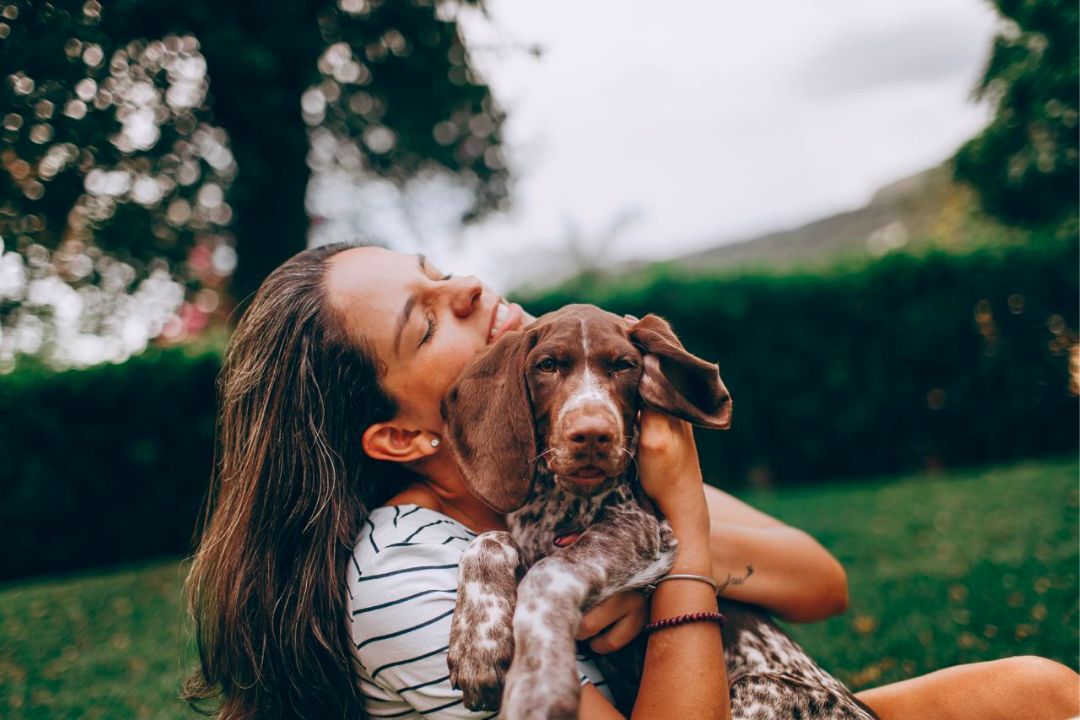 Pets make the perfect companions and brighten many people's lives. They deserve the same from us as owners, and some states provide superlative treatment and attention to their furry friends. Several factors contribute to deciding which states rank the highest, and every state will have different strengths and weaknesses. See how your state compares!

Many know Arizona as the Grand Canyon State; now, it's also the best state for pets. 69% of Arizona households own at least one pet, the sixth highest ownership rate in the country. Nearly half of Arizona rental properties welcome large dogs, and over 70% permit small dogs–the country's 4th and 5th highest rates. Arizona only falls behind in the no-kill shelters, and animal save rates, where they're at or just below the national averages.

Located in the Midwest, Indiana is home to several famous basketball players, including the great Larry Bird. Basketball may be its specialty, but pets aren't far behind. Indiana hardly ranks ahead of Arizona in household pet ownership rates by .2%–the 5th highest in the country. They rank in the top ten for pet-friendly rentals, with 46% of rental properties allowing large dogs and 65% permitting small dogs and cats. Like Arizona, Indiana falls in line with the average (or even below) national rates for animal saving and no-kill shelters.

The Mississippi River is the second largest in the United States, and the state ties with Tennessee as the third best place for pets. Over 65% of Mississippi households own a pet, the 7th highest ownership rank in the country. Mississippi rental properties rank as the third most welcoming for cats and large dogs and 12th for small breeds. However, Mississippi falls well below the national animal save rate.

Tennessee is famous for Nashville-style hot chicken, great music, and amazing homes for pets. Despite ranking 17th in pet ownership rates, nearly 62% of Tennessee households own at least one pet–still above the 58.2% national average. Almost half of Tennessee rental properties accept large dogs, the 4th highest rate in the country. It's actually harder to find places that won't permit small animals since 73% of rental properties permit small dogs, and 68% allow cats.

Alabama is home to one of the best college football rivalries in the country, and they barely fall behind North Carolina in the pet rankings. Nearly 60% of Alabama households own a pet, the 20th highest ownership rank. Rental properties generally welcome cats or large and small dogs, and Alabama ranks within the top seven for pet-friendly rentals.

The worst states for pets generally have lower pet ownership rates and pet-friendly rental locations. Some of the bottom states don't have anti-cruelty laws that restrict future ownership despite their popularity across the country. Despite these flaws, a few of the worst states actually have above-average animal saving and no-kill shelter rates.

Rhode Island ranks as the worst state for pets, but the state still has above-average animal save rates and no-kill shelters. Rhode Island ranks second to last in pet ownership, with only 45.4% of households owning at least one pet, just behind California. Most rental properties won't accept pets, whether cats or small and large dogs.

One of the original 13 colonies, Connecticut hasn't developed a reputation for being a pet-friendly state. Almost half of Connecticut households own one pet, the 37th lowest rank in the country. Connecticut is one of the few states that doesn't have anti-cruelty animal laws, but they have above-average animal-saving and no-kill shelter rates. Nearly a third of rental properties will accept small dogs, and only 10% will allow large breeds.

The Garden State is home to the beautiful Ocean City beaches, but pets may not find New Jersey to be the best state. Only 47.4% of New Jersey residents own a pet, significantly below the national ownership average. New Jersey also lacks anti-cruelty laws, but they have slightly better animal-saving and no-kill shelter rates compared to the best states. Like the previous states, finding a pet-friendly rental will be a challenge.

Located around 2,000 miles west of the continental United States, Hawaii is one of the country's most popular tourist destinations. However, pets may want to skip the trip. Around 58% of households in Hawaii own a pet, precisely in line with the national average. Hawaii does have anti-cruelty laws in place, but the state has some of the worst no-kill shelter and animal save rates in the nation. Only 20% of rentals permit small dogs, and even less for large breeds, making Hawaii the worst pet rental state.

Massachusetts is the most populated state in New England, yet less than half of households own a pet–well below the national average. Massachusetts saves over 84% of animals, but they rank near the bottom in no-kill shelters nationwide. Massachusetts ranks as the 18th most cat-friendly rental state but falls back in the dog rental standings to 32 for large and 33 for small breeds.

Despite California's large population, only 40% of households report owning a pet–the lowest ownership rate in the country. Rental properties aren't typically pet-friendly in California, with only 14% accepting large dogs and 42% allowing small breeds. California does have anti-cruelty laws in place, but less than half of shelters are no-kill, and the state has below-average animal saving rates.

What Makes a State the Best for Pets?

We wish we could ask pets about their states, but we looked into several categories to determine which states are the best for pets. Generally, the best pet states have high pet ownership, anti-cruelty laws, pet-friendly rentals, and high animal saving and no-kill shelter rates.

Percentage of Households That Own a Pet

Pets can't live happy lives without dedicated owners. States with higher pet ownership rates will likely have more positive sentiments toward pets than states with low ownership rates. Typically, it will be easier to find pet-friendly rental properties and public areas in states with more pet owners, but this isn't the case for every state.

Forty US states have anti-cruelty laws restricting future animal ownership, and laws like these truly serve justice to pets. No living creature deserves abuse or neglect, and criminals who commit these acts shouldn't have the ability to own animals in the future. Anti-cruelty laws protect pets and ensure only dedicated owners interact with animals.

Thousands of rescue animals often have nowhere to go, and it's crucial that shelters meet no-kill requirements to protect their lives. No-kill shelters aren't easy to maintain due to costs and space, but animals don't deserve to die over neglect. No-kill shelters ensure animals have protection regardless of what happens, and more shelters need to adopt these standards.

Save Rate of Animals in Shelters

Rescue animals deserve just as much love as purebreds, and states with higher saving rates typically have more outreach programs to find new homes. Save rate indicates how successfully rescue animals are adopted, and higher rates mean more welcoming communities and environments for these animals.

We combined seven different data sets concerning pets, their safety, no-kill shelters, and ranked the states comparatively based on the data. The data sets we looked at are: