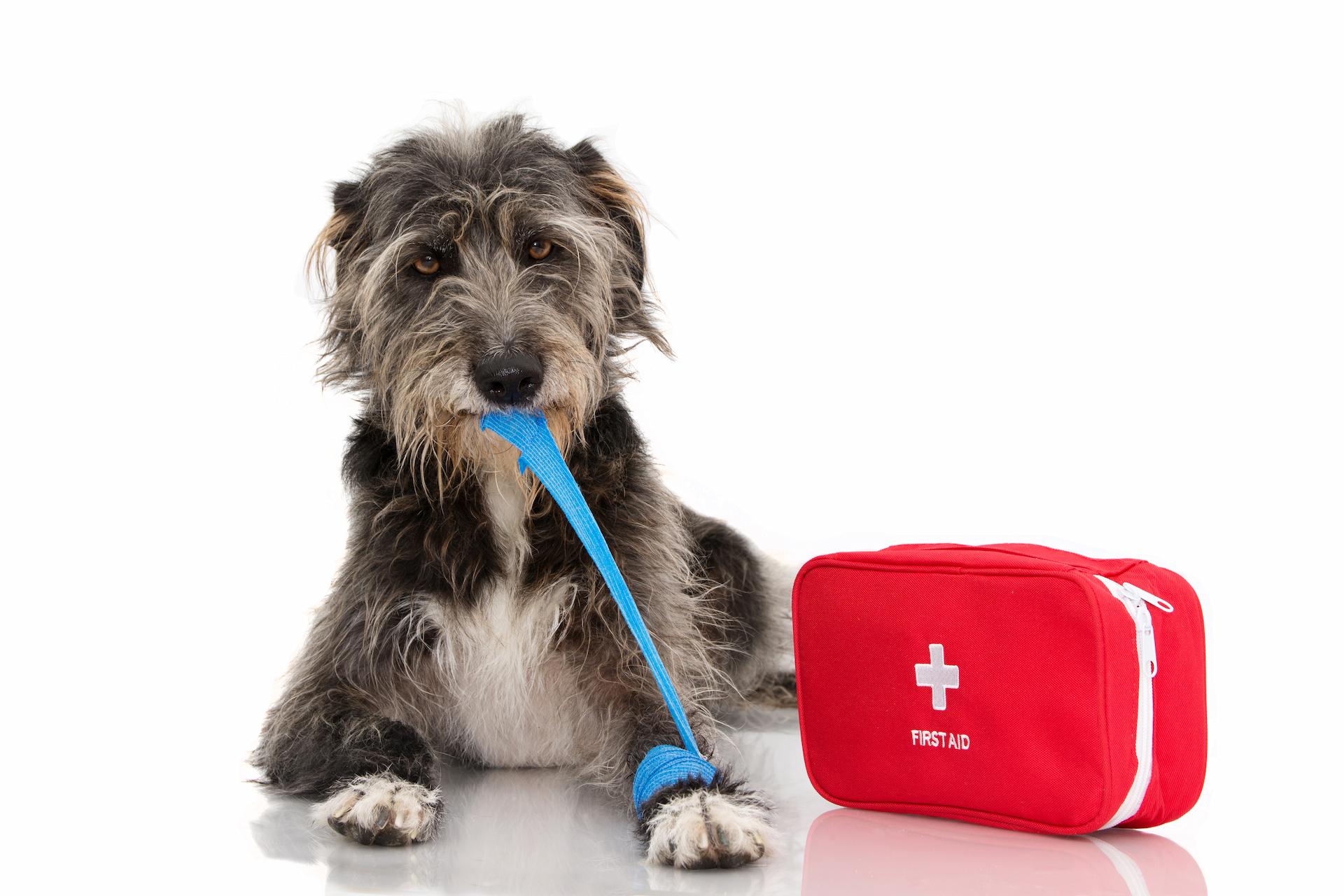 How Do I Choose the Best Dog Bandage?

Choosing the right dog bandage largely depends on the type of wound your dog has. Adhesive bandages are not usually recommended for dogs, because of their fur. Gauze pads can be used to help control bleeding and keep the wound closed. Rolled gauze, a self-adhesive bandage, or an elastic bandage can be used to hold a gauze pad in place or immobilize a limb, and a many-tailed bandage is an excellent option to bandage wounds on the abdomen or neck. Liquid bandage can also be used for small wounds, such as scratches.

Although adhesive bandages are popular for humans, they are not typically recommended for use on animals. Since dogs have fur, these bandages stick to the fur instead of the skin. This will usually limit the effectiveness of the bandage and make it hard to remove.

In dog first aid, a gauze pad is a useful dog bandage. By pressing it to the wound, you can use a gauze pad to help stop the bleeding in scratches, cuts, and abrasions. It can also be secured to a healing wound on a dog to keep the wound clean. This can help prevent infection as well as keep the dog from reopening the wound. Different sizes of gauze pads are available, depending on the size of the wound.

Rolled gauze can also be used as a dog bandage. This type of bandage can be used alone or to hold a gauze pad in place, especially one covering a wound on a limb or the head. The gauze pad can be placed on the wound, and the rolled gauze can be wrapped around the limb or head to hold it in place. It can either be tied or secured with tape to keep it in place.

A self-adhesive bandage, however, is usually a better option to hold a dog bandage in place. This type of bandage is usually elastic. It also requires no tape or fasteners, since it sticks to itself as it overlaps, but it does not stick to a dog's fur.

Like other animals, dogs can also break bones. When they do, it is important to immobilize the bone, until the animal can be taken to a veterinarian. To immobilize a broken bone in a dog, such as a leg or tail, a stick should be gently placed against it. Rolled gauze, a self-adhesive bandage, or an elastic bandage can then be wrapped around it to hold it in place.

Wounds on the abdomen or neck can be difficult to bandage. A many-tailed dog bandage is usually best to bandage a wound that is on one of these areas. This rectangular bandage has ends cut into strips, or tails. It can be wrapped around the abdomen or neck, and the tails can then be tied together to hold it in place.

Small wounds, such as minor scratches, also usually need to be covered to prevent infection. For these wounds, you can use a liquid dog bandage. This substance is typically brushed onto the wound and allowed to dry. This forms a protective waterproof cover over the wound.