How to Dispose of Cat Litter: The Ultimate Guide to Eco-Friendly Pet Waste Management (Part 1) 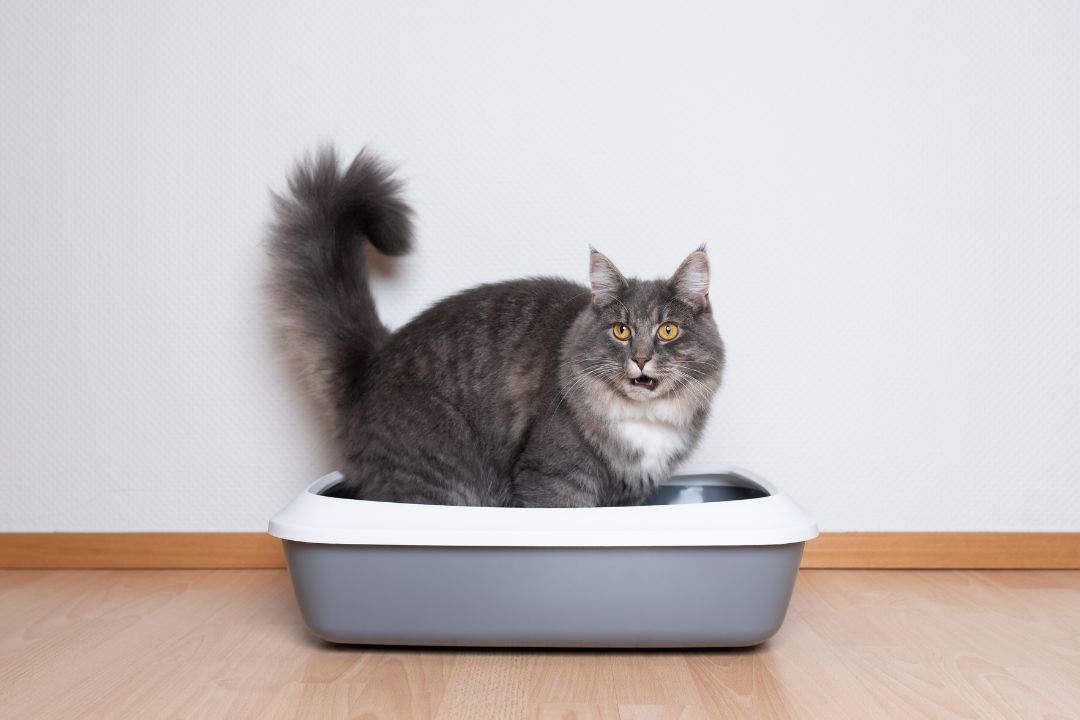 When it comes to loving our pets, responsible pet owners know that a big part of that love is dealing with their waste. It is what it is.

There are, of course, many ways to deal with pet waste, some of which are astoundingly wasteful. For instance, have you seen those litter box subscriptions? An entire litter pan with litter shipped to your home and then you just bag up your old one and toss it. Erm. That’s a whole lotta packaging and fossil fuel used when you can simply… scoop? There are also chemical litters and robotic litter boxes and sprays and the list goes on.

We’re over-complicating something that’s incredibly simple, all in the name of convenience.

So, today, I want to dispel some myths around cat litter and share some ways in which we can make our litter boxes gentler on the environment–and, incidentally, gentler on feline and human health at the same time!

Your Cat’s Impact on the Environment

We’ve talked previously about our pets’ eating habits and their effect on the environment. Well, with input comes… output.

First things first: One of the best steps you can take toward lessening your cat’s carbon pawprint is to bring your cat indoors. I’m not here to discuss the merits of indoor vs. outdoor cats (though we here are all firmly indoor-cat-only believers for their safety), but since I’m here as a conservationist, I think it’s important to realize that your outdoor cats’ waste contaminates groundwater. If you’re truly dedicated to diminishing the eco-impact of your pets, bring ’em inside.

Next, never, ever flush litter. EVEN IF the box of litter says flushable, just don’t do it. For one thing, it’s terrible for sewer lines. For another, wastewater treatment plants aren’t designed to process what can be found in cat waste, further contaminating our water supply. And this, in particular, has a direct impact on the natural world. According to a Stanford University report on cat litter:

Pet owners in coastal areas should think twice about flushing used litter. Domestic cats may carry the protozoan parasite Toxoplasmosis gondii , and may shed active oocysts, or spores, in their feces. These oocysts are not eliminated by current wastewater treatments, and flushing simply speeds them on their way to open bodies of water. Sea otters are particularly vulnerable to T. gondii, and recent studies have found that sea otters from areas of high freshwater runoff were three times more likely to contain T. gondii antibodies, indicating current or past infection. According to a study by scientists at the University of California at Davis,this parasite can kill sea otters. In addition, infected otters are almost three times more likely to suffer from cardiac disease, and are at a much higher risk of shark attack.

Don’t be responsible for a sea otter getting attacked by a shark! I say that a little tongue-in-cheek, but at the same time, there are much better eco-friendly options for disposing of your cat litter that don’t result in sick sea otters.

You can make litter decisions that have far-reaching, positive implications for pets, the planet, your family, and your wallet. We’ll cover a handful of easy steps you can take along the way, starting with this:

Seriously. If you do nothing else, do this one thing. Here’s why:

Nearly all bentonite clay mined in this country is obtained by strip mining. According to the United States Geological Survey, approximately, 25 percent — nearly 1,200 tons —  was used as a pet waste absorbent in 2005.

Strip mining is a surface mining practice with a long history of causing environmental damage. In the first stage of the mining process, engineers identify valuable mineral deposits that are 30 to 40 feet below the ground. Next, bulldozers remove any trees and bushes growing above the deposits, and excavate the topsoil and dirt down to the first rock layer. Vegetation, topsoil, and dirt are then dumped nearby. Depending on the type of mineral being mined, the next stage may be to drill small holes through the freshly uncovered rock. Explosives are put into the holes and detonated, breaking up the rock, which is also then dumped. Eventually, strip mining produces a series of pits from which mineral deposits are extracted, and a massive pile of discarded matter.

Um. Is your cat litter worth all that?

Definitely not, especially considering how many safe and effective alternatives there are. I share some of my favorites below, but stick this thought in your mind: Ditch the clay cat litter to positively diminish your cat’s impact on the environment!

Can you compost cat litter?

Another reason to ditch clay: It can’t be composted. Many other litters can be, as long as you follow some specific guidelines and realize that you’re composting the litter not the waste!

HOWEVER, going back to the litter-borne parasite issue mentioned above, if you live in a coastal area, skip in-ground composting altogether. It’s too risky that you’ll contaminate the water and, therefore, the marine life. You could probably compost in a bin or bucket if you could carefully manage the conditions, but just be aware.

Many biodegradable litters exist already, and more keep hitting the market. We cat lovers know how particular our furries can be, so it’s important to test a few to find the right fit for your home and your cat. Consider these options:

All these options can naturally biodegrade. FWIW, still another reason to ditch clay: It’s not biodegradable.

If you’re committed to changing your cat’s litter, we’ve never had any trouble with this formula: Replace 1/4 of your cat’s current litter with the new litter each week so that by the end of the month, you’ve fully transitioned. Newt isn’t picky about her litter (nor her food, actually!) and Ripley is picky about nearly everything, and this system worked for both my girls each time we tried something new. The only one they didn’t like at all was a popular corn-based brand, and I think it’s because they’re both voracious litter-kickers and it just didn’t work for us for that. So, I didn’t include it in the list above, but know that corn is another option!

OK, so you’ve chosen a biodegradable cat litter and transitioned your cat. Go, you! You’re killing it! Woot!

Well, you have to dispose of the litter!

TONS of eco-friendly advice articles suggest flushing, but it’s not advisable. Municipal water treatment plants simply can’t process the bacteria and pathogens found in cat waste. You could call your local water treatment facility and ask, just to be totally sure, but it’s generally not possible. Since we’re trying to prevent further environmental contamination, here are two ways to dispose of your cat litter in an environmentally-responsible manner:

This is one of those places where we need to focus on progress, not perfect. No, it’s not a truly zero-waste system since you’re sending material to the landfill. It’s the best, gentlest option available at this time. That’s all any of us can hope to do!

You’ve picked your litter, developed a sustainable litter disposal routine… well, what about the box itself? Let’s consider some do’s and don’ts when it comes to litter boxes and scoops:

Finally, when it comes to cleaning the litter box, stick with a mild or gentle cleanser–like castile soap or vinegar–and rinse well. Never use harsh products like bleach that will get on your cat’s paws, which she’ll then lick off. Blech.

There you have it: Everything you’ve ever wanted to know about eco-friendly cat litter disposal!