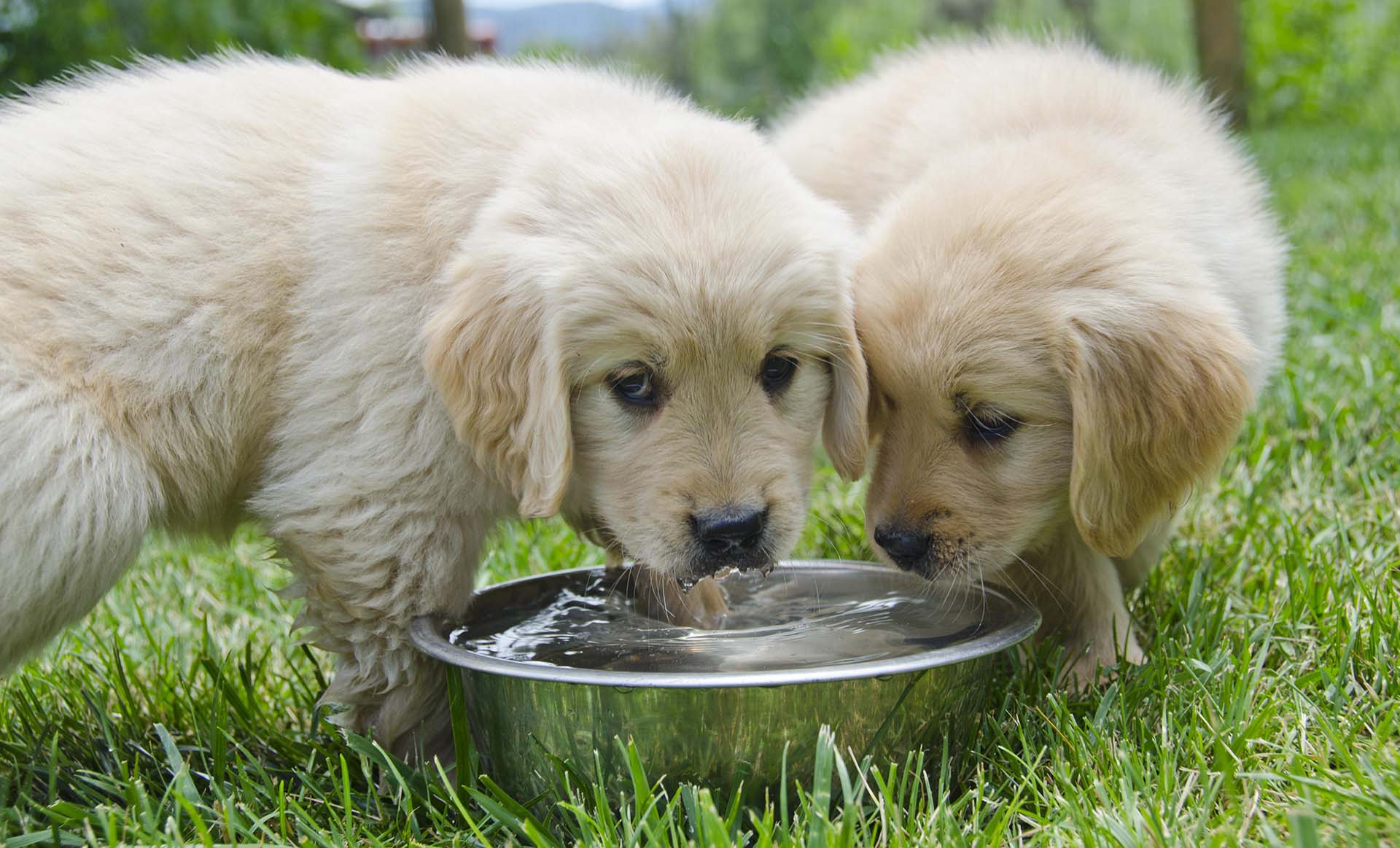 What are the Causes of Hiccups in Dogs?

Hiccups in dogs are a fairly common occurrence, especially when they are puppies less than six months of age. The condition is usually caused by events common in the life of a puppy, such as excitement or eating too quickly. Some dogs are more sensitive to their surroundings, and can find things that cause hiccups several times a day.

A hiccup is a contraction of the muscles in the diaphragm. The diaphragm is part of the respiratory system and is controlled in part by a series of nerves running through the dog's chest and torso. When there is a sudden amount of air drawn into the lungs, this can trigger the nerves that control the diaphragm and make the dog hiccup.

One of the most frequent causes of hiccups in dogs is excitement. When the dog is excited and inhales sharply, this can trigger the contraction of the diaphragm and the hiccups. In some cases, stress can also cause the same reaction and the resulting hiccups. Everything is new to puppies, and because they go through these phases of excitement and stress much more often than an older dog that may be established in the home and familiar with the environment, hiccups are much more common.

Eating too quickly can also bring on a bout of the hiccups. Puppies in particular can inhale large amounts of air as they gulp their food. Sometimes, they will do the same while drinking water. It's not uncommon for hiccups in dogs to happen several times a day, especially when they are puppies still learning about their environments and their bodies.

In most cases, hiccups in dogs pass within minutes. While there is generally no need to interfere, calming the dog may help to manage the hiccup attack if the animal is particularly and continuously excited. As with humans, distraction can often help the dog forget about their hiccups; showing them a favorite toy or engaging their attention elsewhere can help the muscles that are causing the hiccups to relax. If the dog will take a drink of water, this may also help to relax the muscles that are causing the hiccups.

There are some afflictions that can resemble hiccups, but are much more serious. Reverse sneezing occurs when the dog breathes in through his or her nose in a quick and uncontrollable movement. Continuous coughing can also be signs of a health problem, and can easily be mistaken for hiccups. Typically, hiccups in dogs only last a matter of minutes, but if they continue longer, there may be another underlying cause.