What Are the Symptoms of a Pregnant Dog? 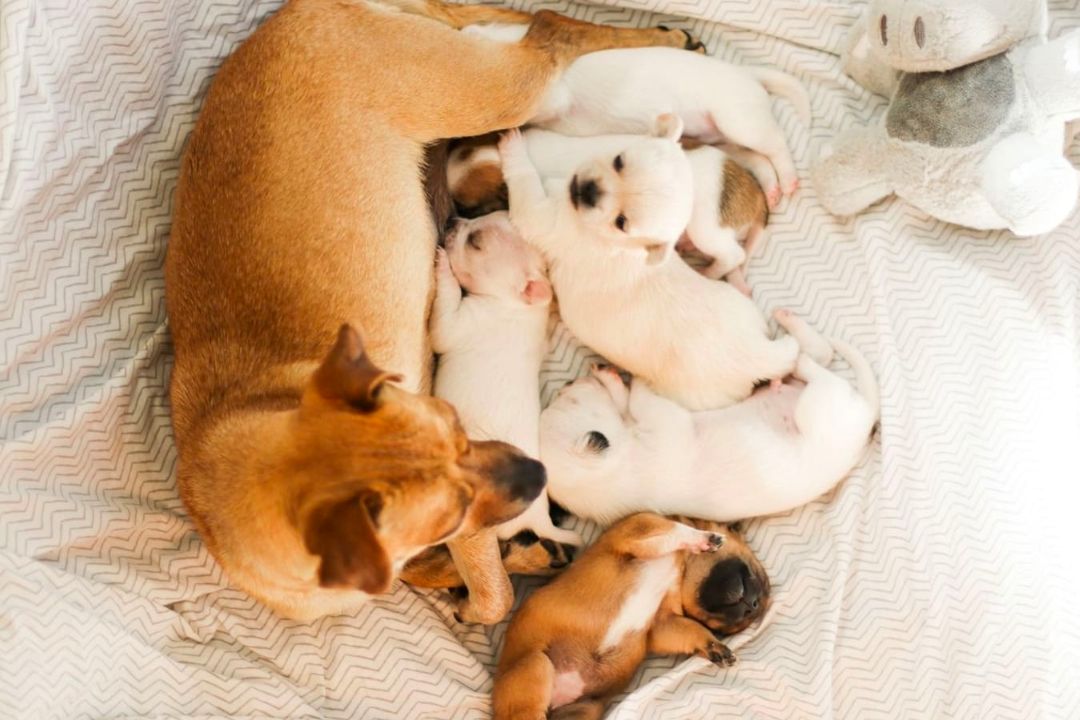 Unlike humans, detecting pregnancy in a dog is not as practical as urinating on a stick or confirming a blood test. A veterinarian may be able to diagnose a pregnant dog within a month or so of conception by a physical examination or by x-ray or ultrasound around six weeks gestation, but since the gestation period of a dog is about nine weeks, this offers little to the anxious breeder.

There are some outward symptoms a pregnant dog may exhibit, but they generally do not surface until about four or five weeks. The most obvious symptom is weight gain, although a dog may not gain any significant weight until a week or two before birth if there are only one or two puppies. Another obvious sign is enlarged mammary glands, which most pregnant dogs will display between five and seven weeks.

Other signs a dog may be pregnant are behavioral symptoms. Initially, you may notice a decrease in appetite. Dogs may become restless and interact less with their people and may prefer seclusion. They often make natural attempts at “nesting,” evidence by the shredding of paper or digging at blankets and bedding in the last week or so of the pregnancy. The dog can also become irritable, with minor personality changes in the last two to three weeks.

A pregnant dog requires good nutrition to develop healthy puppies. Veterinarians may recommend protein supplements or other additions to the dog’s diet and owners should be aware that a the dog may have an increased appetite. Fluid intake is also important and thirst may increase, so owners should be sure to provide fresh water at all times.

Some dogs also display signs of false pregnancy after coming off their heat cycle. The physical symptoms, such as enlarged abdomen and mammary glands do not surface, but psychological signs may be present. Some dogs adopt “babies” by carrying around and nesting with stuffed animals. Owners should not allow a dog who displays signs of a false pregnancy to try stealing puppies from another litter.

People who are attempting to breed their dog should be aware of the signs she exhibits after breeding. They should provide her with the proper care and attention, but remember that nature mostly takes its course on its own. The owner needs to provide a suitable whelping box for delivery and monitor the dog’s ability to care for her pups. All puppies should see a veterinarian for routine de-worming by three weeks of age and should be weaned between three and four weeks.

Owners who have a pregnant dog but are unfamiliar with delivery and aftercare should consult their veterinarian for information. If the dog is pregnant but the owner had no intentions of breeding her, he or she should be responsible in her care and that of the puppies and then have the dog spayed as soon as possible.