Which Foods are Toxic to Cats and Dogs? 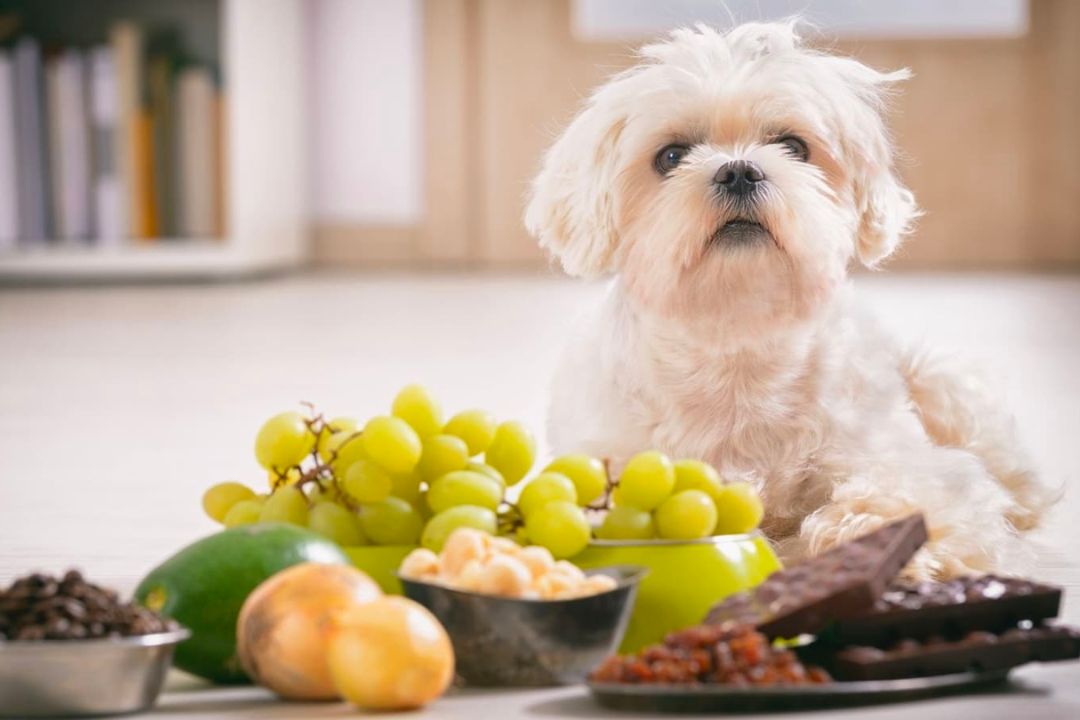 As people have become more health conscious, so have they been paying more attention to the health needs of the furry members of the family. To this end many animal lovers have become aware that the majority of commercial pet foods contain unhealthy ingredients and have shifted instead to sharing the refrigerator and cupboards. While natural, fresh food is far healthier than byproducts and preservatives, keep in mind that the foods listed below are known to be toxic to cats and dogs because of the different ways animals metabolize them.

Although many people are aware that chocolate is harmful for cats and dogs, it's something that is commonly left on a table or counter top. Dogs may tear into a box of candy when the opportunity presents itself. In large quantities, chocolate causes coma and death. In lesser quantities, it will cause gastrointestinal problems including diarrhea. The degree of toxicity depends on the weight of the animal and the amount and type of chocolate consumed. Semi-sweet and bakers chocolate, for instance, contain more theobromine than regular chocolate, making them even more toxic to animals. Dogs love chocolate, so don't let taste be a test of what is healthy. Anything containing cocoa or chocolate should be avoided.

Though it isn't clear to scientists just what makes grapes and raisins toxic to both cats and dogs, even a relatively small amount can damage the kidneys. For this reason it's unwise to feed these to your pet, even if small amounts are tolerated. Also avoid giving bits of cookie or other foods that contain raisins.

Whether fresh, cooked or powdered, garlic and/or onions can be found among the ingredients of many prepared meals, including baby food. Garlic and onions can be poisonous to cats and dogs because sulfoxides and disulfides found in them can damage red blood cells and lead to anemia. Onions are more problematic than garlic, but both should be avoided. If preparing a meal for yourself that will contain garlic or onions, consider preparing a side portion without these ingredients for your animals.

Macadamia nuts are soft, light-colored nuts often used in cookie recipes. They are considered poisonous to dogs because they tend to cause gastrointestinal upsets, lethargy, vomiting and muscle tremors or stiffness.

Various species of mushrooms are toxic to dogs, and can cause shock and death. Effects will differ depending on the type ingested, but avoid feeding any type. Pluck "backyard mushrooms" that might sprout on the lawn, as these are known to be toxic to canines.

Tomatoes of all kinds are toxic to cats, as are parts of the tomato plant. Ingesting as little as a cherry tomato can cause severe gastrointestinal upset.

Though not toxic, chicken bones can get stuck in the roof of the mouth, throat and intestines, and should be avoided, according to many veterinarians. Splinters of chicken bones can also become lodged internally.

This is a sugar substitute found in many types of candy, chewable vitamins, sugarless baked goods, and in sugarless gums like Trident™ and Orbit™. As little as three grams (e.g. about five pieces of gum) can kill a 65 pound dog, with smaller dogs succumbing to just one or two sticks. Within 15-30 minutes of ingesting xylitol a dog's insulin levels will surge and blood sugar levels will drop, resulting in lethargy and loss of balance. Permanent brain damage can occur and without treatment liver failure will result in death within 24 hours. Diabetics that might have sugarless baked goods or other sugarless products in the home should be especially careful to read all ingredients before sharing food.

If a dog should ingest a product that contains xylitol call your veterinarian or animal emergency services immediately. You might be instructed to induce vomiting if the dog is already having a reaction or if the office is more than 30 minutes away. Do not leave products containing xylitol within a dog's reach.

Other Foods to Avoid

This includes raw potatoes, especially those containing green spots; turkey skin; nutmeg; and anything with caffeine, including tea. Alcohol and hops should also be avoided as alcohol poisoning can lead to coma and death. Do not allow your pet to rummage through the trash, as moldy food contains toxins that can cause serious illness.

Since many of the signs of toxicity are similar, consult your veterinarian without delay if your pet appears distressed, listless or in pain. Bloody stools or vomiting are also possible signs of poisoning. Gastrointestinal problems can lead to gas build-up until the stomach becomes distended or bloated and hard to the touch. This is a painful condition that can cause the stomach to burst if not treated. The good news is that, in most cases, treatment for poisoning can be successful if administered in time.

Feeding cats and dogs a healthy, balanced diet of natural foods as described by many veterinarians today is a great improvement over processed commercial pet food. By following a few simple rules, you can ensure that pets or animal companions can potentially lead longer, healthier and happier lives.