Why do Dogs Eat Grass? 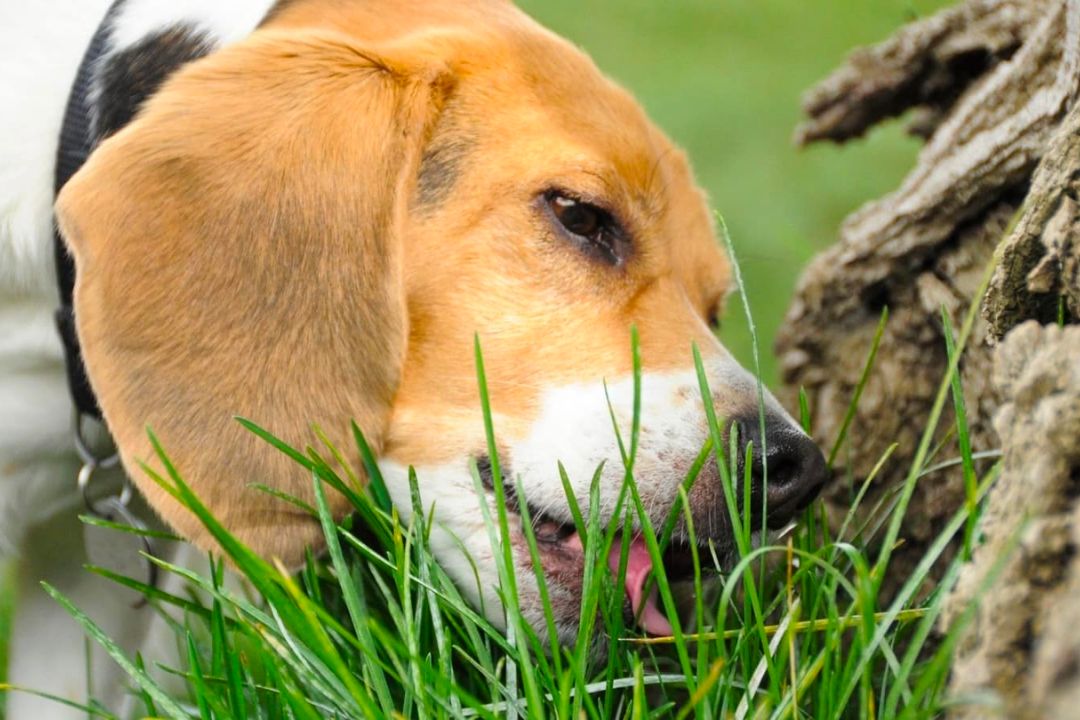 There is a lot of debate about why dogs eat grass, and ultimately no single answer seems all inclusive. Some animals act like mini lawnmowers, eating grass at every opportunity, and it may be that they simply like the taste or eat it for nutritional reasons. Others dogs eat grass only occasionally, subsequently throwing it up, and this may be a form of self-treatment for upset stomach. In the end, the majority of dogs demonstrate this behavior at one time or another and it is generally normal, though sudden changes in behavior can be a sign of a problem.

One of the most common reasons many people state for why dogs eat grass is to deal with an upset stomach. Many owners witness their pets eating grass in large bites, often not chewing it, and swallowing it whole. This seems to bother either the animal's throat or stomach, causing it to throw up afterward. Some people take this as a sign that the dog's stomach was unsettled in some way and that it purposefully made itself throw up to alleviate the distress. It is impossible to definitively know a dog's intentions, however, so this remains a likely but ultimately unproven theory.

Other people suggest that some dogs eat grass simply because they enjoy it. In many instances, owners see their pets sniffing about, chewing it carefully, and never becoming sick afterward. It may be that some canines simply like the taste of grass, since many dogs seem to enjoy fruit and vegetables along with meat. This may be supported by behavior in which they sometimes seem to look for specific types of grass to eat.

If dogs eat grass on a regular basis, this can indicate some type of dietary imbalance, though this may be difficult to determine. Anyone concerned about his or her pet's health and diet should talk to a veterinarian about the possibility of certain needs not being met. Some dog owners put their pet on a high-fiber diet or include cooked green vegetables with meals. In certain instances, this seems to diminish their taste for grass.

For the most part, eating grass is not an unusual or alarming behavior and most pet owners should not be concerned by it. Grass from manicured lawns can contain fertilizers and pesticides, however, which can be toxic to dogs. People who have pets that like to eat grass should avoid chemicals on their lawns that can be harmful to them, or keep them inside until such chemicals naturally wear off. Anyone with a grass-hungry pup should be careful when walking the pet near well-manicured lawns and prevent the dog from eating grass from them.

If someone sees their dogs eat grass as a new behavior, especially if it is accompanied by frequent vomiting, then he or she may want to check with a vet. Any type of sudden or dramatic change in behavior, including grass-eating, can be a sign of a health issue. Such changes can signify viral or bacterial infections, for example, that might require veterinary treatment.