Why do Dogs Wag Their Tails? 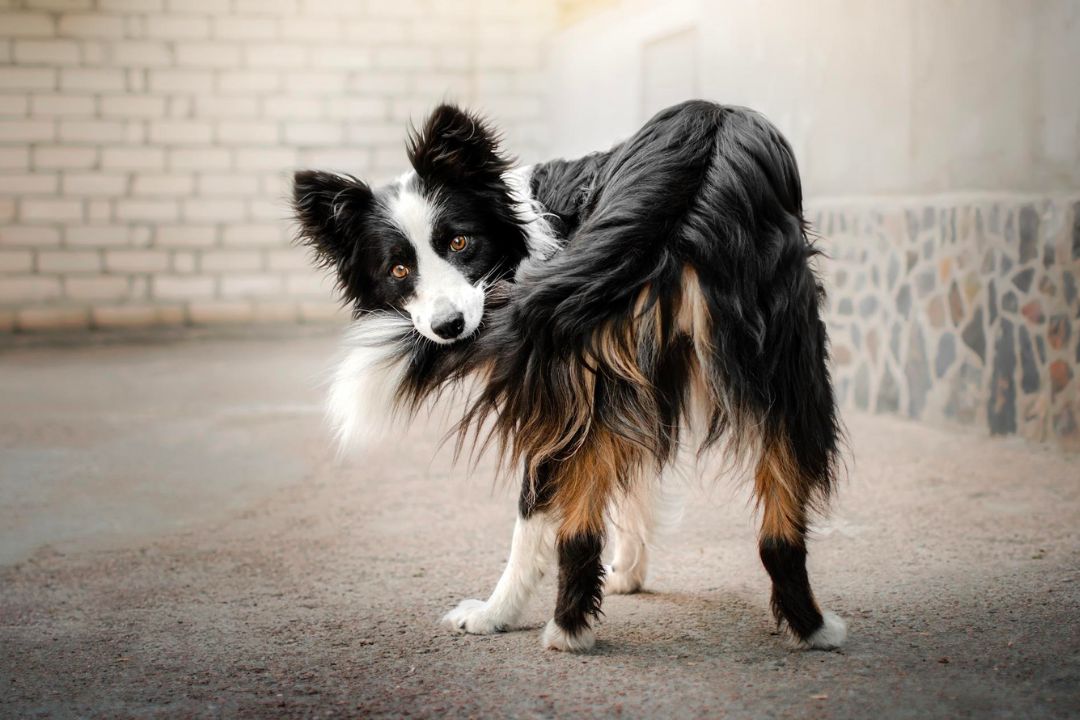 Tail wagging is a behavior closely associated with dogs, who seem to engage in it more than other animals. The exact reason why dogs wag their tails may not be entirely clear, but it does seem to be linked with a desire to communicate information to other members of the pack. Being inherently social animals, tail wagging can provide social cues. In combination with other body language, owners can use it as an indicator of how a dog feels about a situation.

Some animal behaviorists theorize that wagging the tail indicates submission. However, this is unlikely to be true, as a wide range of dogs wag their tails in different situations. Wolves, used for the basis of a great deal of behavior study, do not bear out the submission theory. For example, puppies approaching a mother to nurse will wag their tails, which suggests submission, but the mother wolf also wags hers, making this theory less plausible.

It appears that dogs wag their tails in social situations only, and do not do so alone. It may be that it is a response to stimuli that they experience. The position of the tail also appears to have some bearing on the meaning. Further study may reveal the deeper reasons between why dogs wag their tails, and it probably also differs from dog to dog.

A dog that keeps its tail high in the air while wagging it may be aggressive. Many large dogs wag in this fashion to indicate that they are dominant. If a dog is holding its tail up and waving only the tip, you should approach with care, watching for other signs like the position of the ears or growling. If a dog has its tail between its legs, however, it indicates submission. Frightened or nervous dogs may wag their tails stiffly between their legs. Approach this type of dog cautiously as well, since dogs can bite or snap out of fright.

When a dog holds its tail straight out, rather than up or down, it is a sign of interest and curiosity. The majority of dogs that wag their tails in this position are friendly and interested in what is going on around them, and they do not pose a threat. Studies have also suggested that dogs who favor the right when wagging have a positive response to the stimulus they are experiencing, while dogs who bear left are having a negative response.