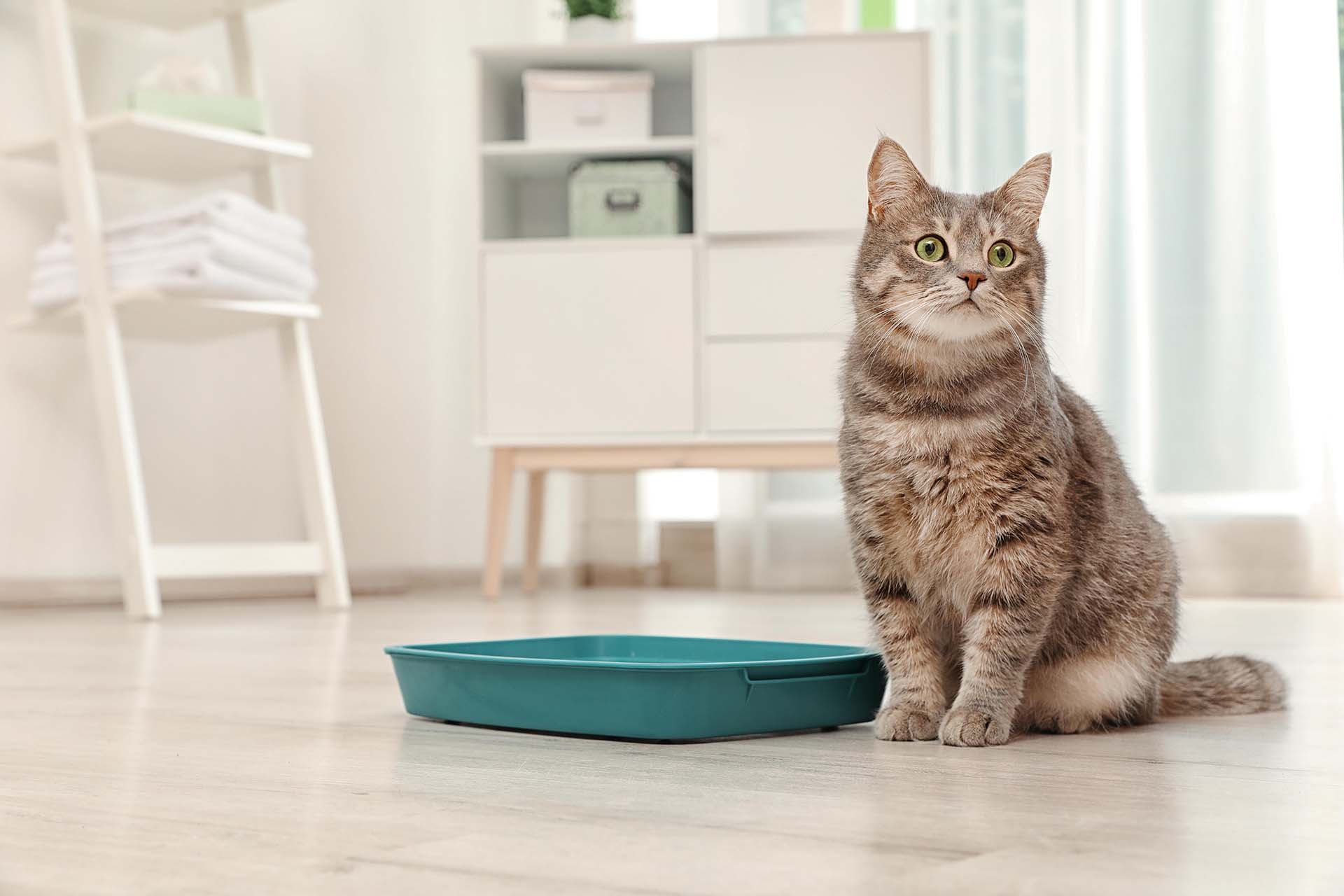 Why is my Cat Eating Kitty Litter?

Cats eat litter for a variety of reasons, ranging from dietary problems to stress. If the behavior does not happen often, then the cat may just be tasting it because it is curious. Many cases of litter consumption indicate that your cat has a health problem and needs to be evaluated by a veterinarian. The most likely health-related reason for eating kitty litter is a vitamin or mineral deficiency, which the substances in the litter might help compensate for. Nutritional deficits are often caused by an underlying condition, such as anemia.

Any health problem that prevents your cat's body from absorbing all the vitamins and minerals it needs can lead to many different side effects, including kitty litter consumption. Many of these conditions are not limited to cats but can also cause similar behavior in other animals that use litter, like rabbits. In many cases, the underlying cause is anemia, a condition in which the body doesn't make enough red blood cells or those cells don't work as well as they should. Anemic animals also become deficient in iron.

The most visible sign of anemia in a cat or kitten — other than eating kitty litter — is paleness. You can check for this by lifting the cat's lips and looking at the gums and tongue, which should have a healthy pink color. Some cats have very dark pigment in their gums, which is normal, but you may still be able to tell if they are paler than usual. If your cat’s gums are white or bluish, you should consider a trip to the veterinarian as soon as possible.

Anemia in cats is often, but not always, a symptom of a more serious illness such as cancer or kidney disease. While cancer symptoms vary greatly, some additional warning signs include fatigue, appetite loss, bloody feces or urine, or noticeable changes in appearance. When a cat's kidneys are damaged, harmful substances can accumulate in the body; symptoms of this can include vomiting and loss of appetite.

Two other fairly serious but rare conditions that can cause a cat to eat unusual things are feline infectious peritonitis (FIP) and feline pica. FIP is believed to be caused by a virus that invades the immune system's white blood cells, leading to inflammation, abnormal eating behaviors, weight loss, fever, and bloating. Feline pica, on the other hand, is believed to result from mineral deficiencies, some diseases, or simply boredom. If your cat eats or chews on other non-food items in addition to kitty litter, this may be the problem.

Many cats occasionally eat litter just as an experiment. Animals have different temperaments and personalities, and sometimes your pet simply may be curious about the taste. If the behavior occurs once in a while but not often, then it may not be a cause for concern. Kittens in particular are very curious and will eat many things, much like a human child.

Keep your pet's diet in mind as well. Cats are natural meat-eaters, so felines who do not get enough meat may develop nutritional deficiencies that they attempt to correct by eating kitty litter. Make sure that the foods your cat eats contain lots of natural ingredients and nutrients like iron and potassium. It's often best to avoid artificial ingredients and preservatives.

Sometimes, cats may even develop psychological issues just like their human counterparts. Strange eating behaviors may indicate a compulsion, for example. If the cat is adjusting to a major change, such as the sudden departure of a loved owner or another pet, it may be stressed and depressed, which can result in unusual behaviors.

Whatever the cause, you should pay attention to what your cat is eating. Some of the ingredients in kitty litter can be dangerous for the cat, although it depends on what type of litter is used. Clumping litter, often made from sodium benotite clay, sticks together when mixed with urine or feces. If eaten, it can create clumps in the cat's digestive system and create a potentially deadly intestinal blockage. The clay may also strip minerals such as iron and potassium from the cat's body. Deodorizing substances like scented crystals also contain chemicals that could hurt the cat if eaten.

Natural litters may be made from newspaper, pine, wheat, wood chips, or corn. It may be less dangerous if a cat eats one of these materials, since they may be less likely to create an internal blockage. In addition, if the pet is eating one of these substances, it's probably less likely that it has a more serious underlying problem.

What You Can Do

If you are concerned about your cat's eating habits, the best thing to do is take the cat to a vet. Be sure to mention that the cat is eating kitty litter, and how often, as well as any other unusual behavior. The vet will typically perform a physical evaluation and blood tests to look for any potential health problems.

Once diagnosed, your pet may be prescribed antibiotics or other medications to treat any condition that's causing the behavior. Alternately, a change in diet or activity may be all that's required. If the litter is blocking the cat's intestinal tract — or has the potential to do so — surgery may be required to remove it.

You may also take proactive steps yourself, including watching what your pet eats. Changing to a different type of litter may help stop the behavior, as can removing any toys or plants that the cat tries to chew on. You can try to train the cat not to eat non-food items by getting its attention with a loud clap and a firm "no" when you see the behavior and/or moving the cat away from the item. If the cat is eating kitty litter out of boredom or to get your attention, playing with it more frequently and giving it more productive toys can help keep it entertained.