Dog Movie Reviews from Our Director of Doggie Flicks 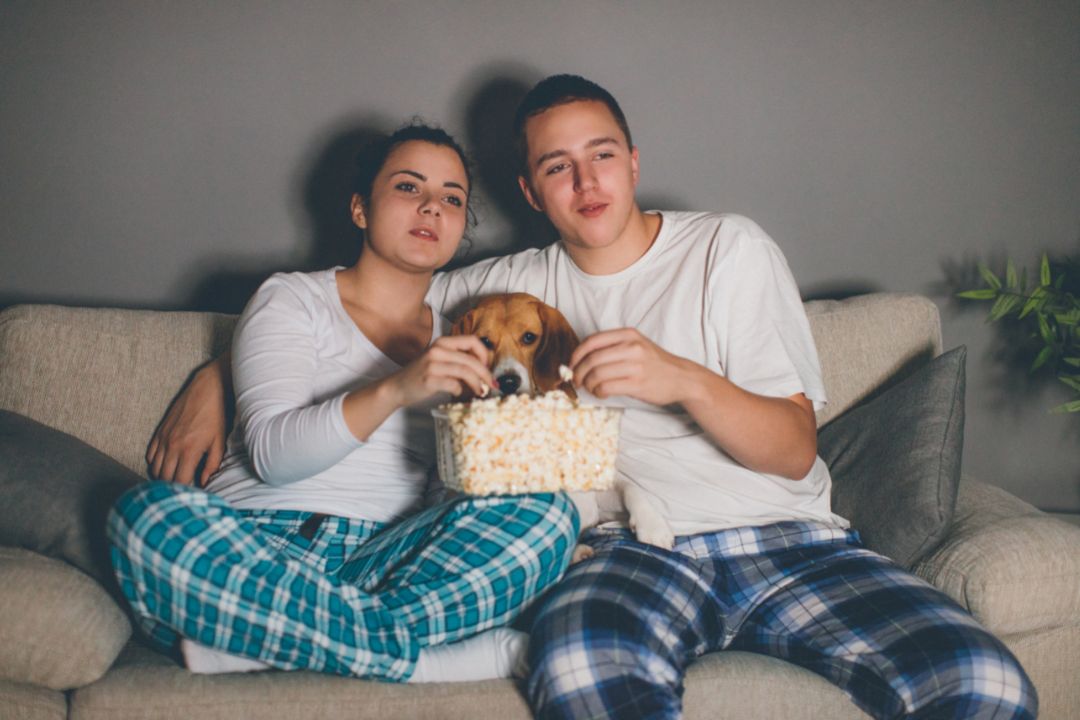 Written by:
Fadra Nally
Published on:
Updated on:

Sometimes we don’t know that our dream jobs exist. When Pettable asked me to serve as Director of Doggie Flicks, I never dreamed that there would be a job that combined my love of movies and my love of animals. But dreams do come true!

With snacks and tissues and remotes at the ready, I sat down to enjoy a 48 movie marathon of six top movies for dog lovers. And even though I love both dogs and movies, there were a surprising number of them I had never seen.

I invited both my human and canine companions to watch along with me. In our household, we have three dogs: Marmalade - an Olde English Bulldogge, Roscoe - a Shih Tzu, and Layla - a combination of Shih Tzu, Poodle, and Chow Chow.

It’s Layla who is as unique as her heritage. She’s the only one of the three that seems to enjoy and engage with the dogs in the movies so it was definitely an eventful 48 hours for her!

Whether it’s a purebred or a mutt, dogs have always been a part of my life and a part of my family. They are intuitive when it comes to human emotions and can provide love and comfort for many years. For that reason, they make not only great human companions but also the inspiration for so many wonderful stories about dogs.

Some of the movies remind us of the innocence of childhood. Others remind us of the importance of end-of-life care (a sad but necessary part of pet ownership). And others are simply testaments, often based on true stories, of the extraordinary power of dogs.

While there are a huge number of dog movies out there (some popular movie sites rank well over 100 dog movies on their lists), Pettable whittled down my assignment down to just six movies. And after my marathon session, I’m ready to give you the skinny on each for your next movie marathon with your faithful companions.

Inspired by a true story occurring in 1958, Eight Below focuses on a team of researchers and support staff based in Antarctica. This movie is set in 1993 when a scientist arrives and needs the help of Jerry Shepard and his dog sled team to reach a remote part of Antarctica.

As they return to the base, a massive winter storm arrives requiring evacuation of the base by air not only for that storm but for the remainder of the season. Because of the amount of people and equipment, the eight sled dogs are chained up and remain behind to await the next flight out. Unfortunately, the weather degrades and no one is able to return for the dogs.

Jerry, played by Paul Walker, starts a one man crusade to return to Antarctica in the harshest of conditions and six months later, he’s able to see what became of his dogs. It's a story of survival for the dogs but importantly, the determination of their master who proves his loyalty to the dogs he was forced to abandon.

It’s an inspiring story with a few heartbreaking moments but ultimately, there’s triumph in the end.

2. Lady and the Tramp

Adults and children alike have probably seen this 1955 animated Disney classic. And even if you have, it’s worth revisiting again. It’s an unlikely love story between Lady, an uptown Cocker Spaniel, and Tramp, a downtown mutt from the wrong side of the tracks. What makes this especially charming is how the human world is viewed and often misunderstood by the canine world.

For example, Lady calls her owners Jim Dear and Darling, as that’s what she hears them call each other. And she starts to feel neglected as she notices her owners acting strangely (they’re really just preparing for the arrival of a new baby).

It’s full of hilarious stereotypes, like the uptight Scottish Terrier, Jack (who speaks with a Scottish accent), the aging bloodhound, Trusty, who seems to be losing his sense of smell, the conniving and evil Siamese cats that arrive with Aunt Sarah. And of course, that awful Aunt Sarah, who seems to misunderstand everything about dogs.

If you’re looking for a fun dog movie with no need for tissues, this one is perfect for all ages, even the little ones.

3. Because of Winn Dixie

Not only was this a movie I hadn’t seen but I had never even heard of it! If you’ve spent any time in the South, you probably know Winn Dixie as the name of a popular grocery store chain. It’s in one of these stores that lonely newcomer Opal rescues a wild dog tearing up the place by claiming him as her own. In a panic, she states his name is Winn Dixie and she takes him home to her preacher father, begging him to let her keep her only friend.

Winn Dixie is most definitely a hellion that wreaks havoc everywhere he goes. But he also opens doors as he gives Opal the gumption to make friends with the unlikeliest of people in town. From the shopkeeper Otis with the checkered past (played beautifully by Dave Matthews), to local librarian Miss Franny (Eva Marie Saint) who is full of stories, to rumored witch Gloria (Cicely Tyson) who is really just an eccentric full of life lessons.

It’s a cast of characters that seem to work well together to tell a heartwarming story that just happens to have a dog at the center of it. If you’re looking for a really sweet story for family movie night, this is an excellent pick.

The premise of this movie is that dogs have souls and each soul has a purpose. To protect, to love, to serve that one special person in life. And because humans typically live much longer than dogs, that soul may inhabit many dog forms over time.

This movie is the sequel to A Dog’s Purpose which follows the same storyline with a puppy named Bailey finding its way to and bonding with Ethan, a young boy. Bailey reappears many times in Ethan’s life until he finally reunites with him as an older man living on his boyhood farm.

At the start of this movie, Bailey is living his final moments on that farm when Ethan asks him to look out for his granddaughter, CJ. And the cycle starts all over again with Bailey continuing his journey several times over, now with a new purpose.

The idea of a dog returning to its owner over many lifetimes is one that I can believe based on my own personal experience so I loved the idea of this movie. But having to watch a dog die over and over even when you know it’s not permanent can be hard to watch if you have a soft spot for dogs.

It’s a story of redemption but proceed with caution if you’re the sensitive sort and definitely bring some tissues.

Years ago, I had heard great things about Marley and Me, the memoir written by newspaper columnist John Grogan. I picked up the book and immediately turned to the end so I could read the part where Marley dies (this isn’t really a spoiler if you know anything about the story). I had to know and feel the pain upfront before I could even consider reading it.

And that’s how I recommend you approach this movie. Just know that Marley doesn’t make it out alive and that will help prepare you for the ending. This is definitely a movie for the adult crowd as it follows the story of Jenny and John (Jennifer Aniston and Owen Wilson) as they grow from newlyweds to new parents to exhausted adults - a path many of us can relate to.

Marley is more of a background character in the story, almost a prop at times. And when he starts his decline, it becomes painfully realistic down to John taking Marley for his final vet visit.

Although this is a humorous and sometimes realistic take on how hard the balance of work and life is, if you’ve endured pet loss, this movie might be a little too difficult and painful to watch.

As one reviewer put it on the crowd-sourced emotional spoiler site, Does the Dog Die?:

“As soon as Marley has trouble on the steps, turn the movie off and set fire to it in a dumpster. Happy ending!”

I previewed this movie in the theater and was really excited to see it. Harrison Ford! Dogs! What’s not to love? Plus it’s a classic tale based on the Jack London novel of the same name.

This is the story of Buck, a crossbreed between a St. Bernard and a Scotch Collie, who is snatched from his comfortable life and sold to the highest bidder in the Canadian Yukon during the gold rush. Buck quickly learns to adapt and become a working dog, showing his extraordinary talent and connection to humans. But he also learns that there is an ancestral link to his wild side.

It’s not until halfway through the movie and a few scattered storylines later that Buck reunites with John Thornton (Harrison Ford) who plays a grizzled old man who doesn’t have much to live for. He and Buck set off on an adventure to find themselves in the wilderness and their time together ends in a dramatic way.

My issue with this movie is the same the second time around. What dog lovers love about dog movies is DOGS. And the one thing this movie is missing is dogs. Buck is an extraordinary dog that does extraordinary things but it’s primarily through Hollywood magic. All of the dogs are CGI as is much of the dramatic scenery. This movie is a hybrid between live-action and animation and that intersection doesn’t work well.

In the end, the dog is the heart of a dog movie and that’s the one thing that’s missing here.

I had such a wonderful time watching all of these movies (four out of six of them were completely new to me!) and I even inspired others to plan the theme of their next movie marathon weekend.

Although some of the movies require tissues, they all remind us of what we love about dogs. They’re soft, squishy, playful, annoying, hungry (like, ALL the time), mischievous, messy, loud, and absolutely the most loving companions that any human could want. 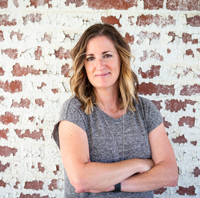