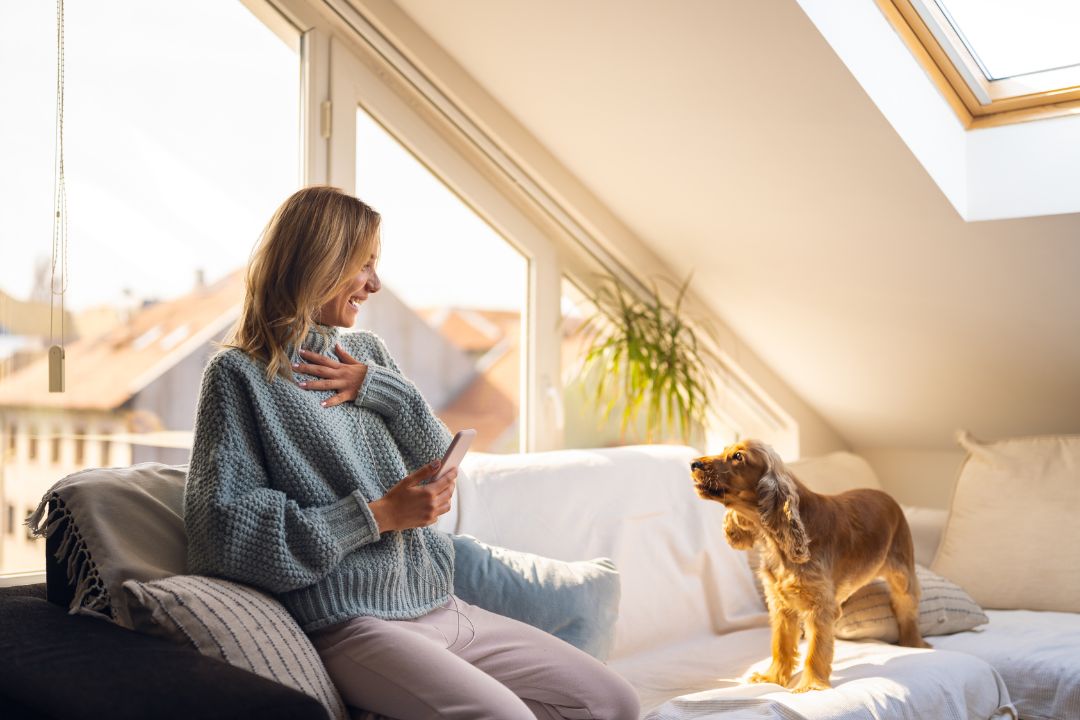 Service dogs come in many forms. If historical research has taught us anything, service

dogs for the blind, often called seeing-eye dogs, have been around for decades. The Guide Dogs for the Blind Association in the UK talks about a Roman wall painting from the first century AD that shows a dog leading a blind person.

Some sources commonly say that there are around 500,000 service dogs in the United States, but official figures still need to be included, and this widely referenced data is quite outdated. Likely, there are now many more canines helping humans to live more independent lives, particularly as their role in society has evolved.

Today, there are many service dogs, including canine helpers for the hard of hearing, diabetic service dogs that can detect dangerous blood sugar levels, and more. Service dogs do their jobs in different ways and with different amounts of energy and noise depending on what tasks they are trained to do.

One common question people are often curious about is, "Do service dogs bark?" For the most part, the answer is yes. But let's explore the reasons for this in more detail, as these barks can serve an essential purpose. We'll also tell you how to get an ESA letter in case you are also interested in emotional support animals and obtaining an ESA.

Why Do Service Dogs Bark?

It's important to remember that service dogs are not pets in the traditional sense. They've undergone specialized training to support the less-abled or those with long-term health conditions.

While service dogs are still dogs and bark, they are taught to bark only in particular scenarios. For example:

What Kinds of Service Dogs Are There?

Some of the most common service dogs you might encounter daily.

One of the most common types of service dogs are those that guide the blind. The most common choices tend to be Golden Retrievers and Labradors due to their easygoing, lovable nature and intelligence. They're also some of the least-intimidating dogs to look at, making them less threatening to others when doing their duties.

As the name suggests, hearing dogs are trained to be their master's ears for those who are hard of hearing. They'll pick up on audio cues we all likely take for granted, such as doorbells, timers, disturbances at home, and so on. Hearing dogs are made to use touch to let their owners know when something in the environment needs their attention.

Some service dogs have been trained to recognize and respond to seizures in their handlers. They can be taught to recognize the subtle signs of an attack and pull their handler to safety or get help if they can.

As we've alluded to above, some dogs can detect changes in your blood sugar levels. They'll alert their handler, indicating that the person needs to eat a sugary snack or take prescribed insulin to prevent high or low blood sugar complications.

A psychiatric service dog can provide much-needed support to people afflicted by mental health disorders. Some are capable of detecting an impending anxiety attack and can help their owner to remain calm. Other dogs might act as a social-distancing barrier, calmly keeping other people at a distance.

This is not a complete list. There are also service dogs that can sniff out allergies or help people with mobility issues.

Why Do I Need an ESA Letter?

As a service dog owner, an ESA letter is crucial. This piece of documentation verifies the legitimacy of your service animal. Depending on your reasons for needing a service dog, such as when you're using them for a non-visible reason, an ESA letter can help you to justify your dog's presence in pet-unfriendly locations. This is, unfortunately, often the case with a psychiatric service dog.

The Americans with Disabilities Act (ADA) classifies psychiatric service dogs differently from support animals. Even though the Disabilities Act says pets aren't allowed in certain places, you can bring your service dog with you if you have an approved ESA letter.

And thanks to the Fair Housing Act, you'll be able to have your service dog live with you in housing that may otherwise have been out-of-bounds to pets.

Bear in mind that the law still allows premises owners to ask an owner to remove their service animal if:

However, with proper training, no graduated service dog will show these undesirable behaviors. To ensure that you have proof of your dog's legitimacy as a support animal, you'll need to follow up with an ESA letter consultation.

How to Get an ESA Letter

‍Pettable's ESA letter service only takes a quick, 3-minute assessment to get started. We'll match you with a professional in your state, and you'll have your ESA letter within 24 hours of approval. If for any reason, you're unable to get your ESA letter, you'll get a full refund.