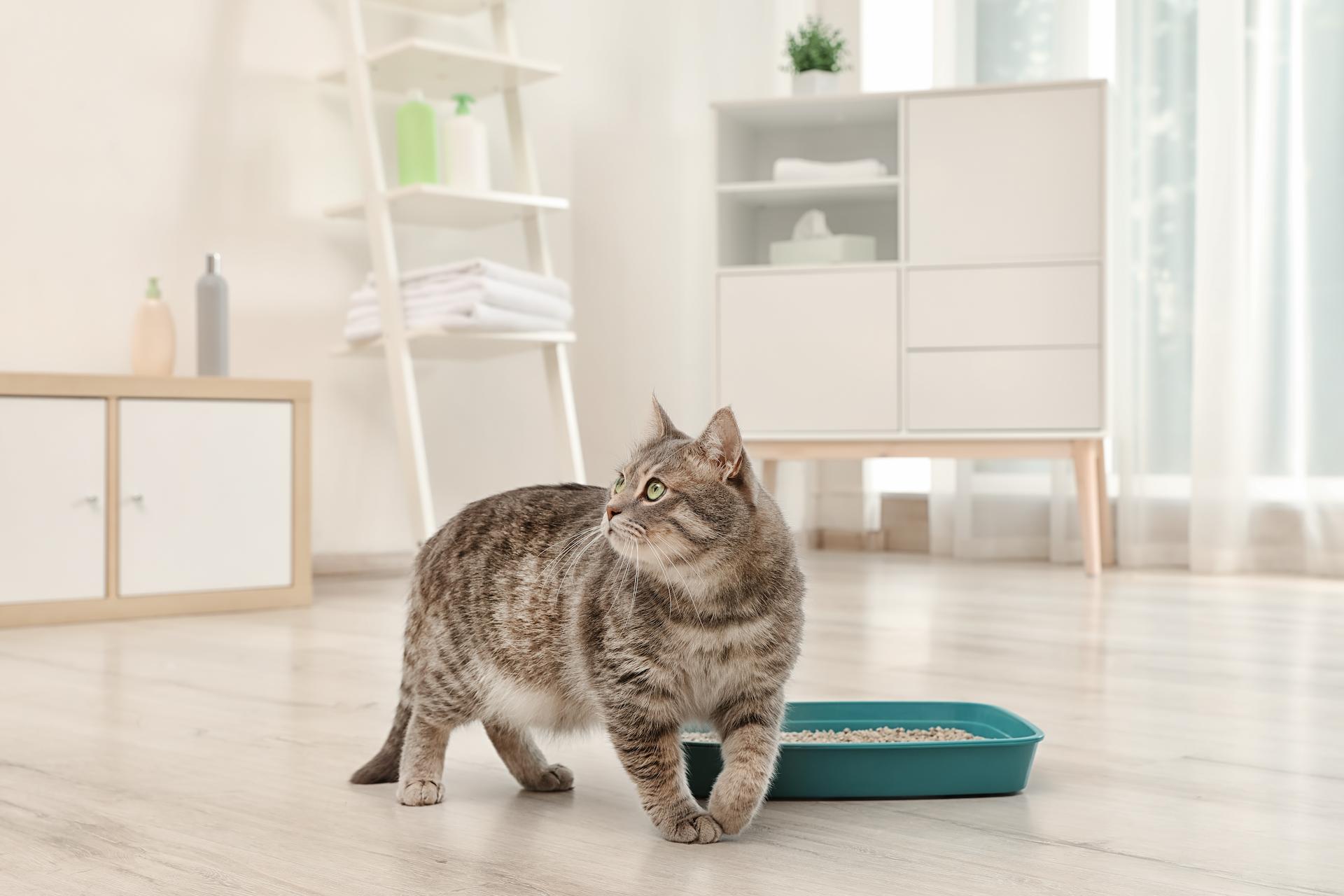 How can I Keep my Cats from Tracking Litter Around the House?

Litter tracking and odor are two problems which plague cat owners. Most cat owners experiment with a number of products which tout odorless and non-tracking abilities, and are often disappointed with the performance of these products. There are some steps which can be taken to reduce smells and litter spreading with cats, but nothing will eliminate the problem entirely. A certain amount of mess is simply part of animal guardianship.

The distinctive smell of litter odor is caused primarily by ammonia in cat urine. Many clumping litter products concentrate the ammonia, yielding a very strong and unpleasant smell. The damp areas of highly concentrated ammonia can also be harmful to the cats, who may inhale fumes or injure their paw pads on the caustic ammonia. The use of a cat litter made from pine shavings or recycled paper materials may help to reduce the problem, by allowing the odor to evaporate. You may need to experiment with several types of litter before finding one which reduces the odor problem. If you are concerned about litter being tracked throughout the house, the brand of litter you use may not make a difference, so focus on finding litter which smells good, or at least unobjectionable.

It is extremely important to empty the litter box frequently. In addition to cutting down on unpleasant smells, it will also make the litter box more enjoyable for the cats to use. Cats will scratch more in a dirty litter box, throwing litter around the box area and then tracking it. Some veterinarians also recommend the use of a litter box for each individual cat. Multiple litter boxes will certainly not solve the litter tracking problem, but they may cut down on behavioral problems such as urinating outside of the box or fighting.

Any litter which advertises itself as non-tracking should be viewed with suspicion. As cats jump in and out of a litter box, they will inevitably take litter with them. No miracle formula will fix the problem, despite the best wishes of pet product manufacturers. The best angle of attack is to address the litter box itself. A covered litter box is an excellent solution, because cats will not be able to toss litter out of it. A covered litter box also greatly reduces odor issues.

To really reduce litter tracking, however, a litter pad or stepping ramp is a useful and usually inexpensive tool. Some litter boxes come with a pad or ramp built in, and while they may cost more, the cost is generally worth it. When a ramp is installed properly, the cat must walk on it while exiting the litter box. For cost cutting cat guardians, a homemade ramp built with wood and lined with felt or a similar material works quite well. Litter which has stuck to the paws of the cat will stay on the ramp, keeping your floors clean as long as you keep the ramp clean.

While litter tracking may not be entirely eliminated, these measures may help to address the problem. Keeping floors swept and vacuumed will also help to cut down on particulate material tracked around the house, including litter.