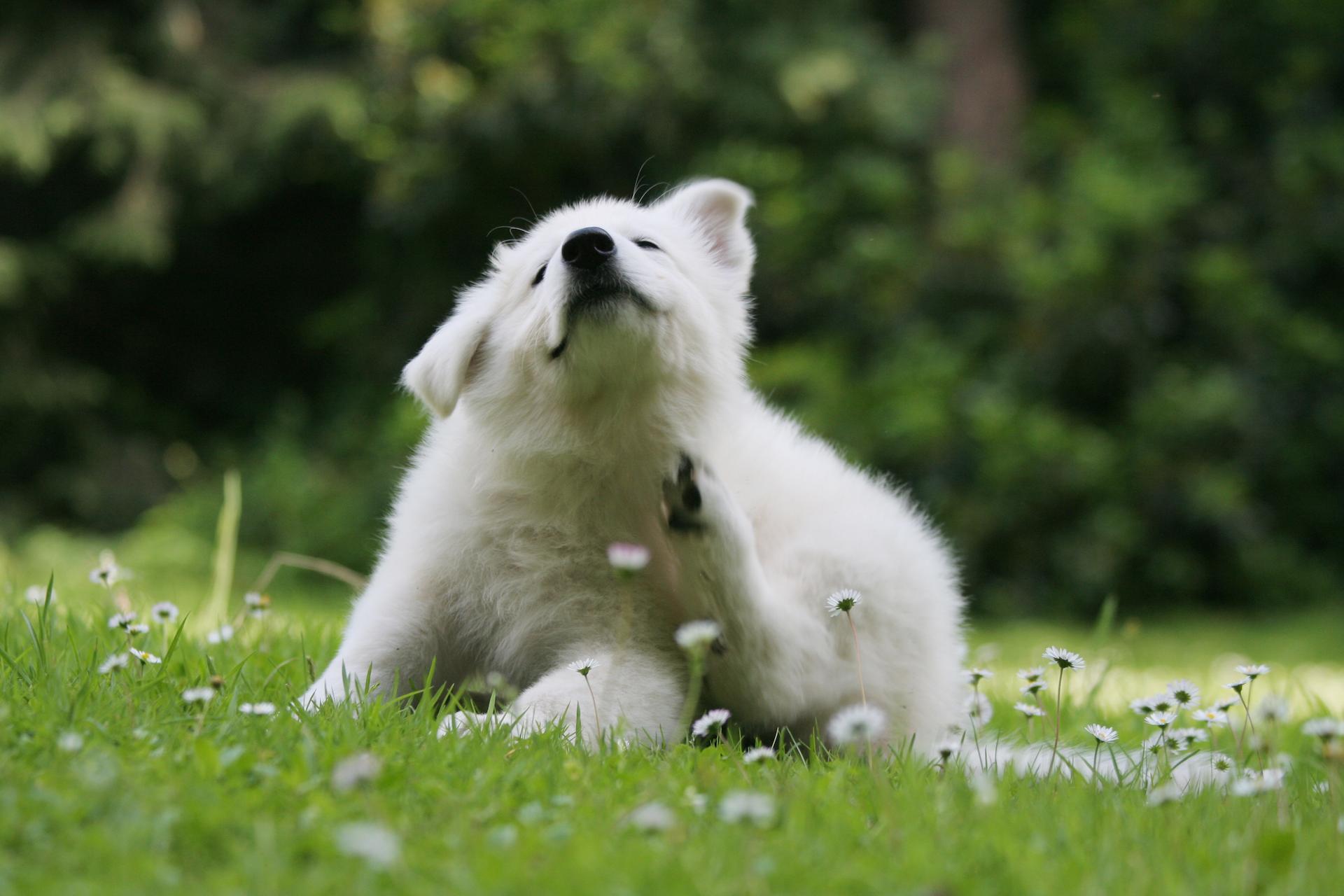 How Do I Get Rid of Lice on Dogs?

Lice on dogs can become a serious problem if not treated, and dog lice infestations have been known to cause anemia in dogs. Dog lice aren't the same type of lice that infest humans. There are multiple options for treating these infestations, which can cause extreme itching, scratching, and secondary skin infections. Insecticides, shampoos, and dips can effectively clear up the lice. Combing with a lice comb after treatment can help remove dead lice, and their eggs, from the dog's fur and skin.

Dog lice are a species of lice that usually live and feed only on dogs. They live in canine fur and usually feed by sucking canine blood. They generally spend their entire life cycle in the fur of a dog.

Lice infestations on dogs can cause intense itchiness and discomfort. Lice on dogs are usually visible to the unassisted gaze. They are small and brown in color, usually a light brown. They usually move more slowly than do fleas, and they usually don't jump, like fleas. Lice may attempt to bite a human, but they usually don't establish louse colonies in human hair.

Removing lice from dog fur involves killing both the adult lice and their eggs. Insecticides often can't penetrate through to the interior of the louse egg to kill the larva within. Some treatments may need to be used multiple times, in order to keep killing the new lice that will continuously hatch out of the eggs left behind.

Topical insecticide treatments, which are generally available by veterinary prescription and are usually applied to the back of the dog's neck, are considered the easiest and most effective way to get rid of lice on dogs. These medications can be used to prevent infestation by lice, fleas, and ticks. They are typically applied monthly to prevent parasitic infestation of the fur and skin. If infestation is already under way, they are usually applied bi-weekly for four to six weeks.

These topical treatments are considered effective and easy because they generally kill all adult lice on the skin at the time of application. They will also continue to kill new lice as they hatch.

Insecticide shampoos and lime-sulfur dips are generally considered safe and effective for the removal of lice on dogs. They should generally be used weekly for a period of four to six weeks.

Comb through the fur with a lice comb after each treatment can remove dead lice from the fur. It can also help remove louse eggs from the fur. Combing should be performed after every louse treatment.